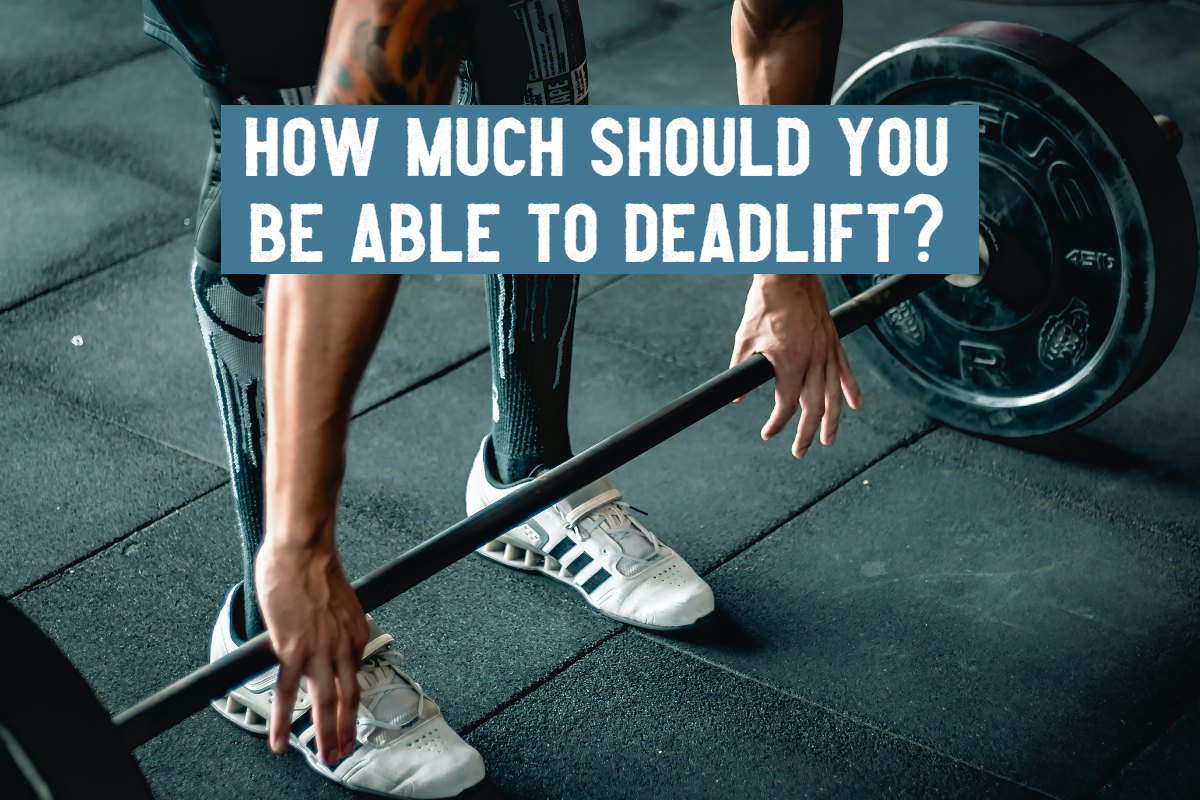 The deadlift is the true test of strength in the gym.

A key question for many weight trainers such as you is ‘how much should you be able to deadlift?’

Knowing your deadlift standards is a great way to get to grips with benchmark numbers and give you solid aims for the future. Once you have the numbers in mind, you can then work your way up to your goals, achieve and then push on into new territory.

This is all part of the steady and sustainable road to progression and building strength. And there’s no better strength exercise than the deadlift!

So, let’s get into the deadlift standards and how much you should be able to lift.

There are a number of ways you can measure how much you should be able to deadlift. This includes age, how many years you’ve been lifting, gender and general conditioning.

However, the most common deadlift standard to set yourself up against is your bodyweight.

Using your bodyweight as the baseline allows you to set a good kilogram target that’s relative for you. The other benefit is that you’re only up against yourself.

For this article, I’ll be using bodyweight in KG as the standard and giving multiples of this for each deadlift goal. The numbers are also predominantly aimed at male weight lifters.

How much should you be able to deadlift?

Let’s take a close look at exactly how much you should be able to deadlift.

The figures discussed here are all based on bodyweight and are general targets for gym goers. Please, take the figures with a pinch of salt as they will vary from person to person.

For example, if you’re a weight lifting beginner, you’ll be starting off a little further behind the curve than someone who’s been lifting for several years. You’re unlikely to have the core strength and stability, and so your numbers will naturally be lower.

It’s also essential to work on your form and technique first. This is crucial.

The deadlift is a tough, compound movement – lifting incorrectly with weights you’re not used to is a quick way to cause an injury. We’ve all been there with an injury from deadlifting – including me – and it’s not fun.

It’s also important to say that warming your muscles up and elevating your body temperature before deadlifting is a wise move. This will help with muscle activation and also reduce your risk of injury.

So, get the basics and foundations set first, before you start adding the plates on and trying for PBs.

For all early strength trainers and lifting beginners, the first big goal you should be aiming for is to deadlift your bodyweight.

It’s likely you’ll start off with around 50% bodyweight and eventually work your way up – depending on where you are on your lifting journey.

So, deadlift standard 1 is to lift 100% of your bodyweight. If you weigh 80kg, your first deadlift goal should be 80kg.

This should be more than achievable for almost all weight trainers in reasonable shape who’ve learned the foundations and have been training in the gym for a little while.

Once you’ve hit a bodyweight deadlift, the ball is rolling.

The next goal for the average weightlifter in the gym is to be able to deadlift between 1 and 1.5 times your bodyweight – that’s 100-150%.

For example, if you weigh 80kg, the intermediate deadlift target will be between 80-120kg.

It’s thought that the average male gym goer who’s been lifting for at least a year can deadlift around 133% of their bodyweight. If you hit the top end of the example above, this is 150% of bodyweight and is good going.

Hitting 150% of bodyweight is a fine target to achieve and is the aim of most intermediate lifters.

Now the deadlift heat starts to be turned up.

The next standard is to be able to deadlift double your bodyweight – that’s 200%. It’s a big target and the likelihood is that it’ll take a little longer to progress to this level than the first two standards.

In reality a 200% bodyweight deadlift is only going to be achieved by those who are serious about weight training – advanced lifters will have usually been training regularly for a good number of years and have built a very solid base before they achieve a 2x lift.

So for example, if you weigh 80kg, an advanced deadlift will see you hit 160kg.

Hitting a double bodyweight deadlift is a brilliant achievement.

Ok, you have your 200% bodyweight deadlift in the bag. What’s next?

The next standard is to hit the elite level – this is at least 250% of your bodyweight and now we’re in serious territory.

In our example, if you weigh 80kg, an elite deadlift would be 200kg.

Now, this stage will also see most people get to a very tough psychological barrier. This is the big 200kg wall. Surpassing 200kg and entering into the #200Club is a fantastic feeling and you’ll be turning a few heads in the gym no doubt.

Making it to 2.5x bodyweight on the deadlift is likely to require planning and a training progression programme. I know it did for me at least.

However, if you want to get there and are willing to work for it, it’s yours to achieve!

Once you’ve achieved 250% of your bodyweight, you’re heading out into uncharted gym waters and into the deep oceans of powerlifting.

Let’s get into the big stuff.

The current deadlift world record (in strongman competition) is 500kg by The Beast, Eddie Hall. Lifting half a tonne is mind-boggling and many thought it would never be achieved.

At the time of this world record, Hall weighed around 185kg.

The Icelandic giant, Hafthor Bjornsson, has lifted 501kg at his gym – this was done under strongman conditions but not in an official strongman competition. However, it’s still seen as the world record. At the time of the lift, Thor weighed in around 200kg. This makes his lift almost exactly 250% of his bodyweight.

If you thought that was impressive, have a read of this. In 2020, Kryzysztof Wierzbicki of Poland deadlifted 400kg whilst weighing 97.5kg! That’s an incredible 410% bodyweight!

In fact, this is so good that it’s regarded as one of the greatest lifts of all time.

Wrap up on how much you should be able to deadlift

The deadlift is without doubt one of the best full-body strength moves you can practice. Essentially, it’s lifting something heavy from the floor to your hip. For this reason, it’s the barometer most people use to judge true strength.

To wrap up, most gym goers and weight lifters should be able to deadlift between 150% and 250% of their bodyweight.

Being able to deadlift double your bodyweight is an advanced achievement and one that any weight lifter in the gym should be proud of. However, because of its big demands on the body, I tend not to train deadlifts early morning.

So, whether you’re wanting to move from intermediate to advanced or are just starting your strength journey, I hope these deadlift standards help and inspire you to lift heavy (with the right technique) and get strong!

The most important thing, however, is to make steady, sustainable improvement and enjoy your deadlifting!

If you enjoyed that, read more articles here… 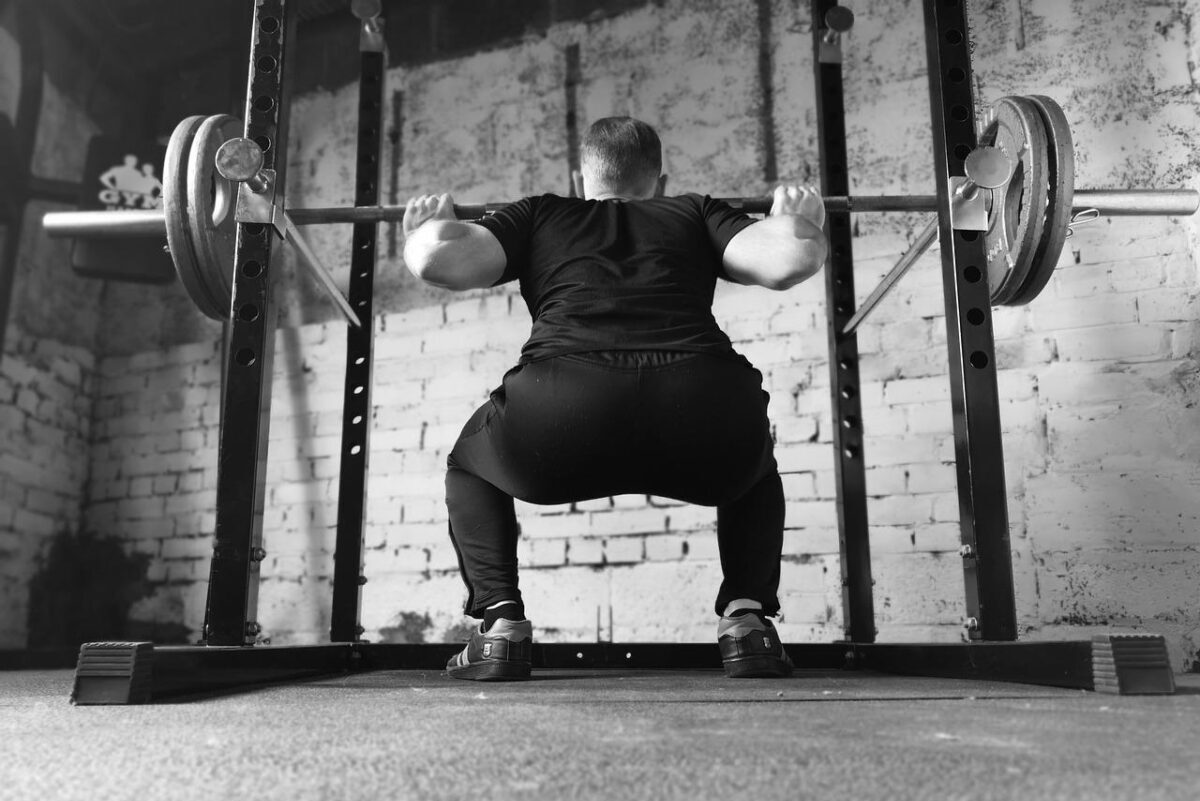 Are Squats Necessary for Big Legs? (Benefits Plus Alternatives) 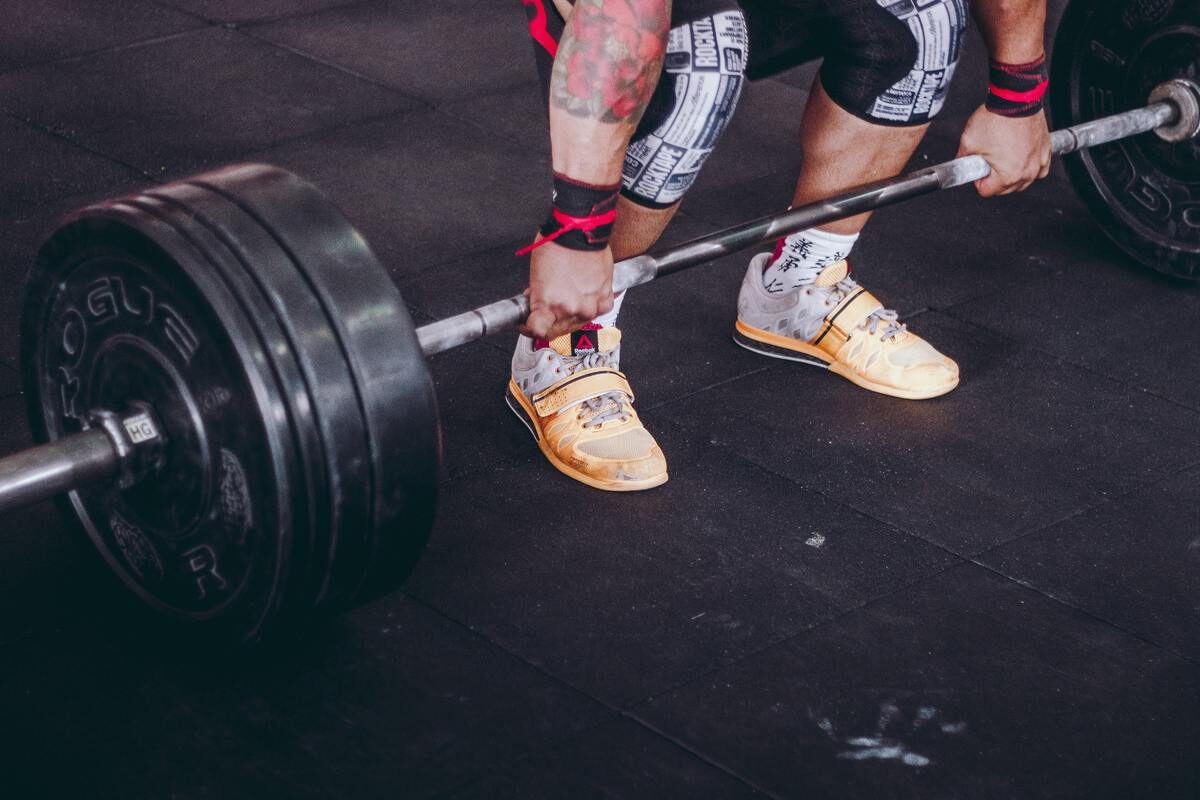 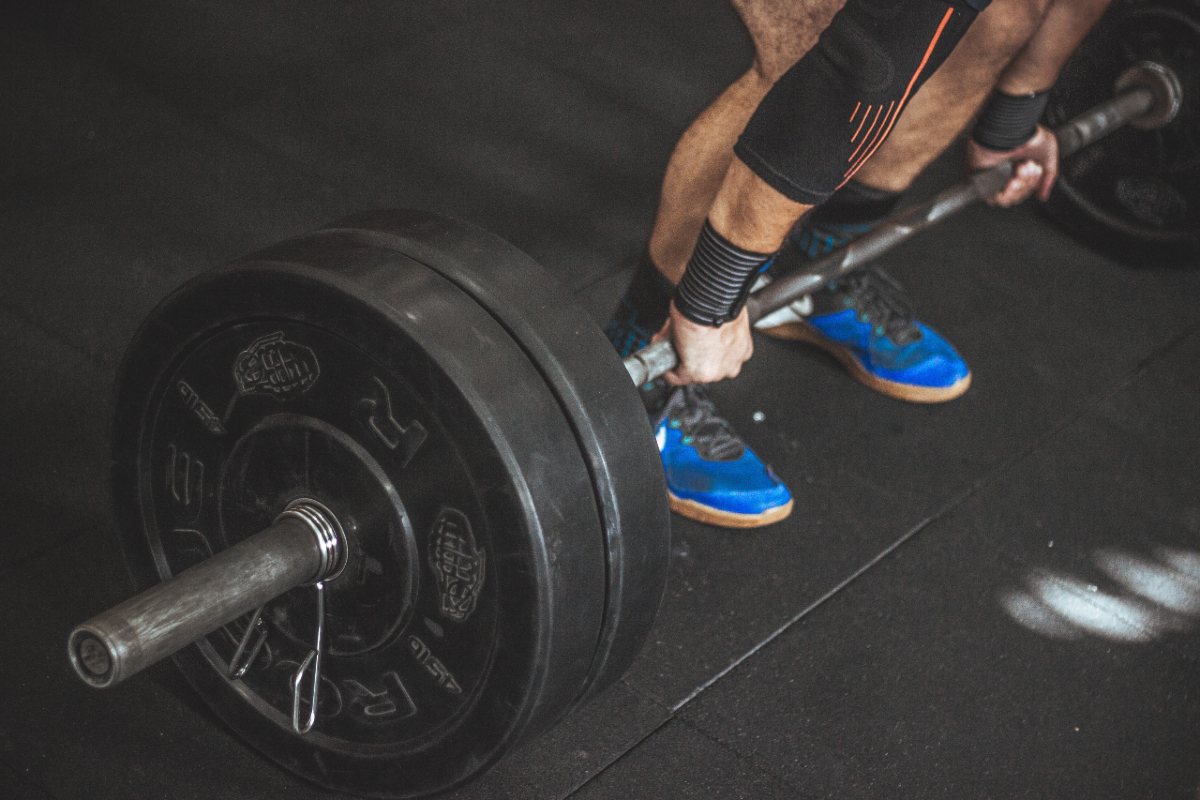 Are Deadlifts Worth It to Get Strong and Build Muscle? 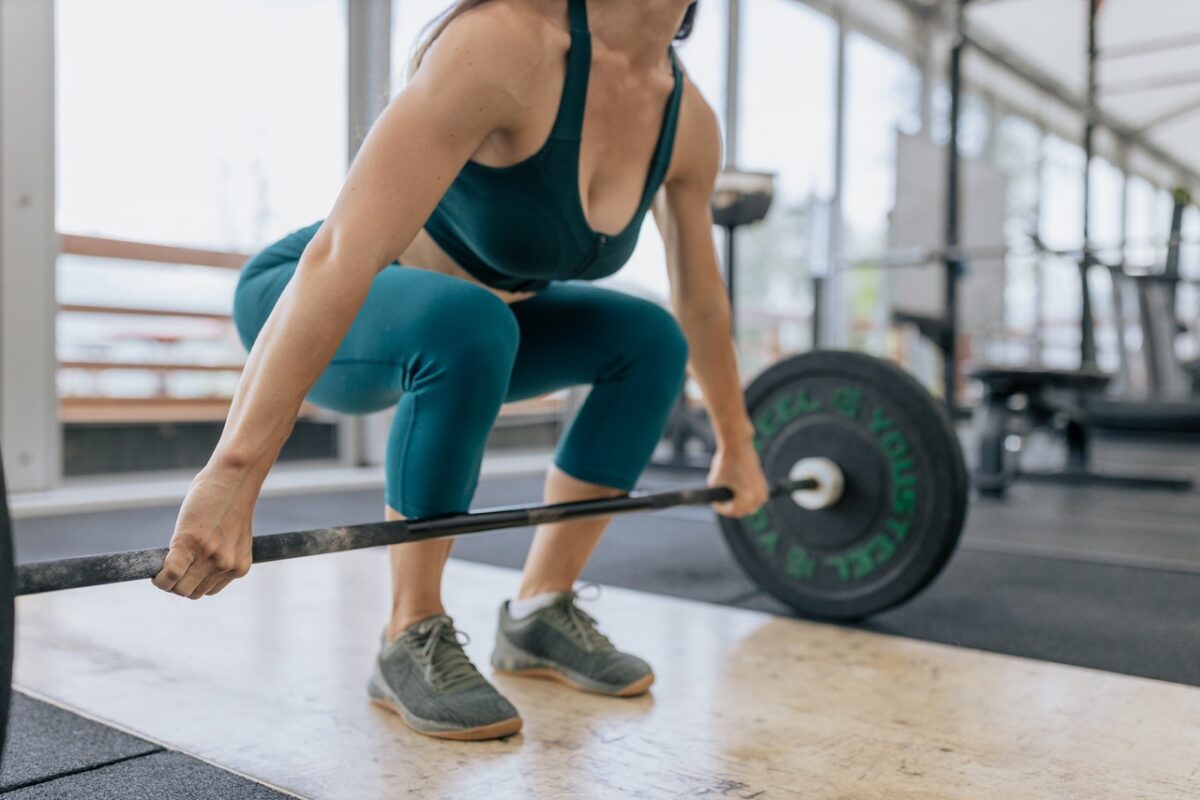 Are Deadlifts Bad For You? (The Proper Answer)

Deadlift Standards KG: How Much Should You Be Able To Deadlift? 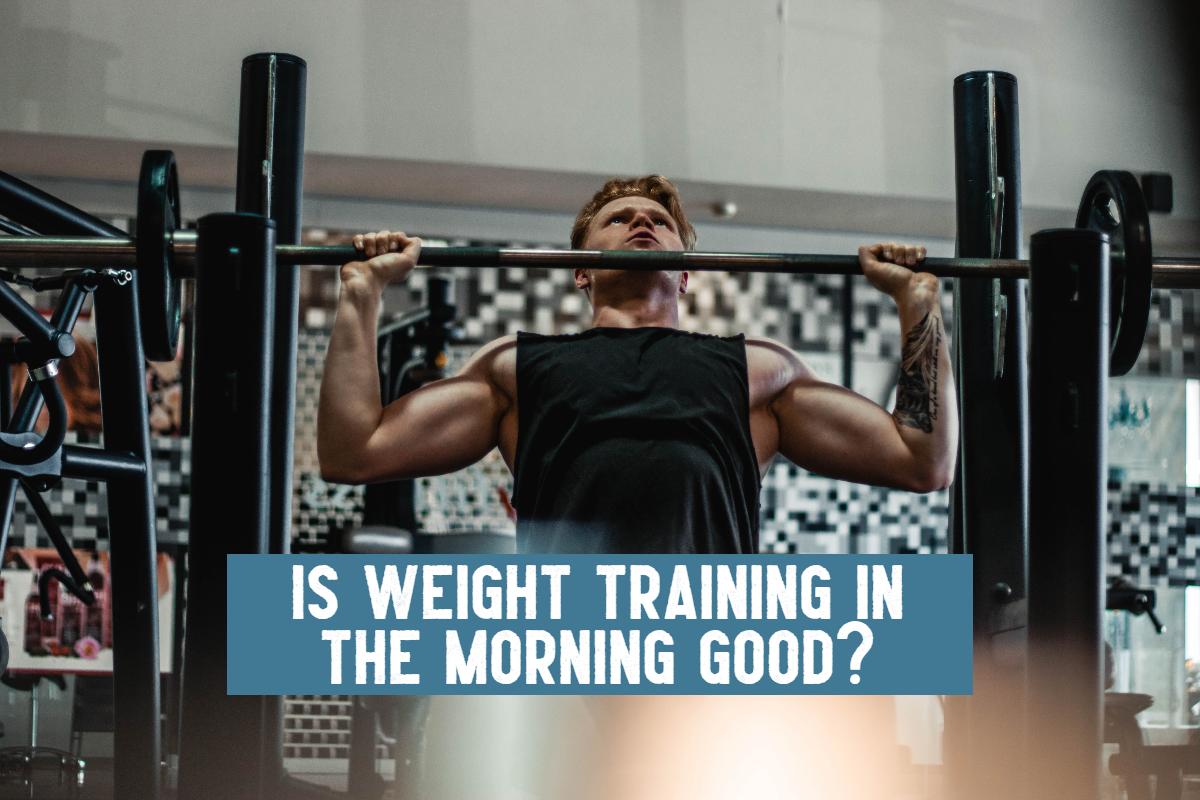 Is Weight Training In The Morning Good? 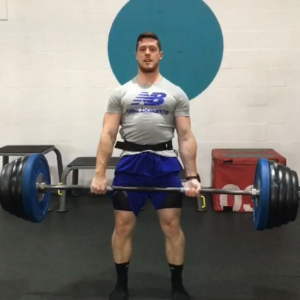